The event was held at The Academy of Natural Sciences, which was a nice change from some other festivals we’ve been to which have been held in large convention centers. We loved being able to walk around the entire museum, and see all the exhibits, not knowing which restaurant table we would run into next. This set up made it feel less crowded than the event actually was, because everyone was more spread out, instead of right on top of one another.

The Philadelphia Restaurant Festival is definitely worth the early bird ticket price of $40. There were tons of restaurants offering up samples, as well as various alcoholic stations as well. Our biggest complaint was that as the temperature in the rooms began to rise , either due to a broken air conditioning system or the mass amounts of attendees, the space became pretty unbearable. Bottles of Fiji water quickly disappeared as attendees became warmer. Some of the noteworthy cocktails and beers were only sample sized, and these lines were the longest to wait in. We would have gladly paid for a cash bar for a large water bottle or alcoholic beverage. Luckily GrubHub provided us with Bai Sparkling Coconut Drinks in our complimentary bags, so we had something.

As for the food, we were definitely fans of Fine Palette, who served a a homemade pasta, Fat Jack’s BBQ, with their pulled pork sandwich (try their hot sauce!) Wahoo’s Fish Tacos, Farmer’s Keep with their trio of Quinoa Salad, Bahn Mi Shooter, and Meatballs, and 1100 Social serving a Korean Meatball. 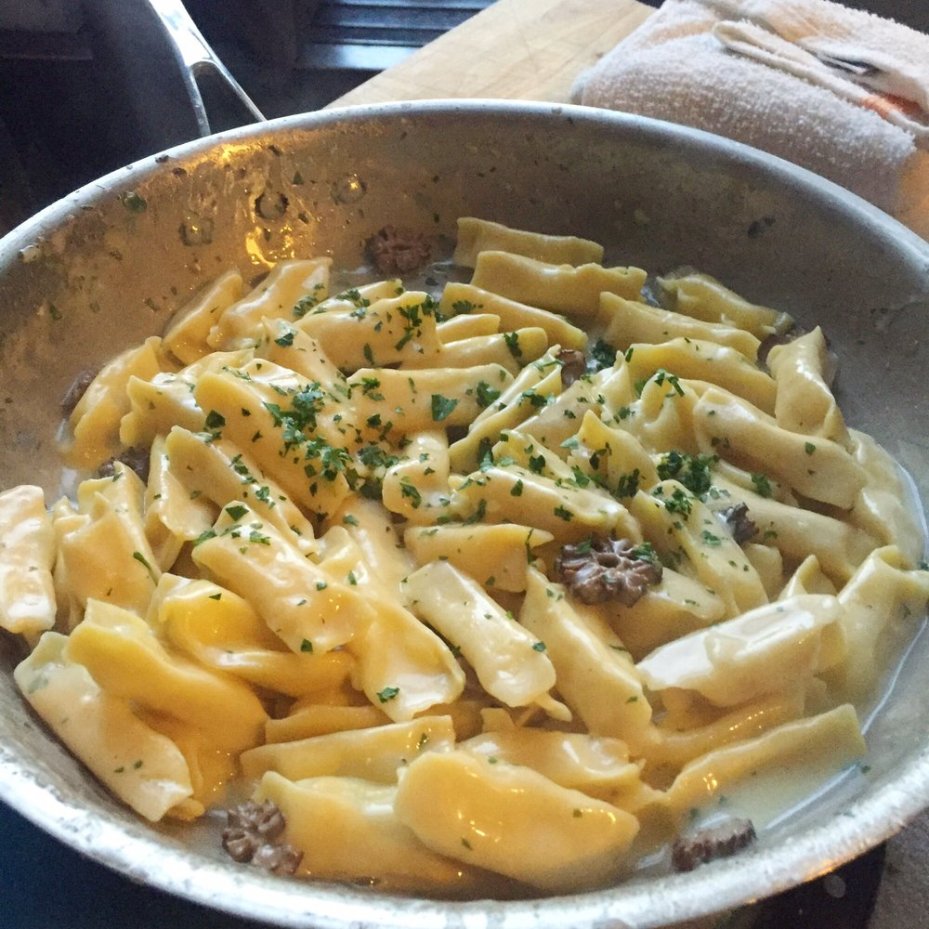 Unfortunately, we were unable to sample Blue Duck’s Shrimp and Grits, as they sold out quick- but at least they hung around to chat after selling out.  National Mechanics, on the other hand, ran out of whatever they were offering (we didn’t even get to see) and packed up and left the event 45 minutes after it started. This was incredibly disappointing- they knew how many guests were going to be in attendance at the sold out event, and they couldn’t even serve enough to last an hour.

Other restaurants at the event included Lucha Cartel, Chickie’s and Pete’s, Insomnia Cookies, Harvest Seasonal Grill and Wine Bar, and Epic Pickles. We ate so much that we were stuffed before we knew it. (Although, let’s face it, we can always find time for more Chickie’s and Pete’s Crab Fries).

Since the event took place in the Museum of Natural Sciences, we were able to walk around and explore. We were able to wander through the butterfly exhibit, see some snakes and lizards up close, and eat next to some stuffed panda bears. Memories of 5th grade field trips definitely came to mind, and this was a fun way to reminisce.

We headed out around 8 pm although the event ran till 9 pm so that we could check out the City Tap After Party where they had a DJ and drink specials for $4-6!

We’d say that overall, the Restaurant Festival was a hit this year. We would definitely recommend this event to anyone who wants to sample a little bit of everything the Philadelphia area has to offer, or for foodies, like us, who just want to eat it all!