The Fishtown/Northern Liberties/Kensington area has been in desperate need of a wine bar. There are so many places to grab a beer or a cocktail, but nothing that focuses just on wine. Enter Fishtown Social, who opened their doors on March 10, 2016.

This quaint, cozy, beautifully decorated joint is exactly what we’ve been looking for. They have a nice selection of white and red wines (including wine on draft), plus a few cocktails and beers on special. While they currently don’t have a wine flight – they had one opening day, and it went over a little too well- they started to run out of wines, they do intend to try to bring it back. 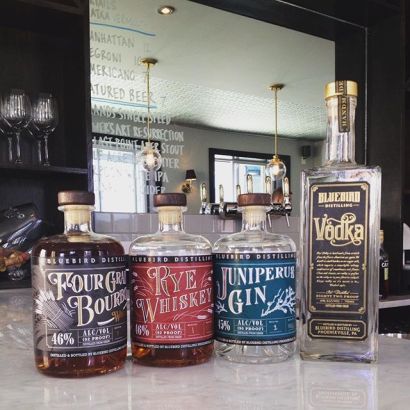 The sommelier behind the counter was extremely knowledgeable, and after we told him what type of wine we like (or don’t like) he gave us a recommendation. After mentioning we were disappointed they didn’t offer a flight option, he graciously served us a flight so we could taste other wines. This tiny above and beyond action was a special touch that we really enjoyed. While sitting at the bar, we saw the owners walking around, re-stocking the cellar, and taking photos. It was a nice touch to see that they are so involved in their baby.

There isn’t much for the option of food- other than a cheese plate (select one or three options from various cheeses and charcuterie) (try the brie it’s great), and some other snack options like white bean dip, olives, and popcorn with truffle and Parmesan.

Prices are pretty comparable to what you’d find in Center City. (We drank 6 wines and ate two snacks and we spent a little over $100), which isn’t bad at all.

Definitely check this spot out- it’s a great way to spend a Saturday afternoon or an evening. I’ve noticed that it definitely gets more crowded as the evening goes on, so if you’re looking for a seat and some space, try to get there a little early, or else you may be left standing.