On June 23, 2015, Bon Appetit Magazine declared Pizzeria Beddia “The Best Pizza in America.” As soon as we heard this declaration, we knew we had to try it for ourselves.

Located in Fishtown, right on the corner of Girard Avenue and Shackamaxon Street, you will find this teeny tiny pizza shop, serving only 40 pizzas a day, 2 maximum per person. Hours are Wednesday-Saturday, 5:30-10:30. That may seem like a nice big window of time to grab this delectable pie, but if you show up at 5:25, you’re already late. 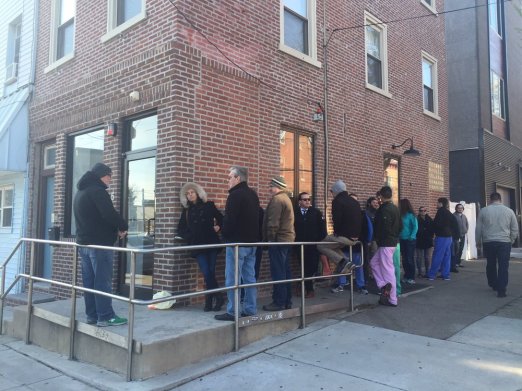 Lines begin to form out front around 4:30 pm. While the doors don’t open until 5:30, you need to be in line at least an hour before if you want to eat your pizza at a reasonable hour.

We decided one day a couple weeks ago to brave the cold winds and set up camp. We arrived at the shop at 4pm- and were first in line. The next patron showed up around 4:17, and was flabbergasted that someone was there before him. As the clock drew closer to 5:30, the line became longer and longer, and soon it was 25 people deep.

Once the doors opened at 5:30, we walked into the shop, and placed our orders. The menu is pretty simple- there are three pizza’s to choose from, and various toppings. Don’t ask for extra cheese, it won’t happen.

The thing about this shop is that even though the line was out the door as soon as they opened, the last person in line is not going to get their pizza by 6pm. Once you order, you’re given a time to come back, in about 10 minute increments. This can be explained by the oven they’re using to make their pizzas. Instead of your typical Neapolitan-style pizza, which is usually cooked at 900*, the pizzas at Pizzeria Beddia are cooked at 600* for ten minutes. 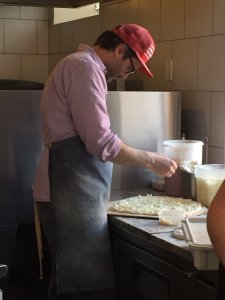 The interior of the store is tiny- Joe Beddia is behind the counter making all the pizzas one by one fresh by hand. John Walker is behind the register taking orders – everything is written down by hand, and everything is cash only. Pizza’s will run between $20-$25 (plus tax). The majority of their service is take out, but there are two tables (standing room only) if you want to eat there.

The pizza itself is incredibly crisp and crunchy (due to that oven they’re using). Once they’re cooked, Joe Beddia adds an extra touch by sprinkling dried oregano and shaving Old Gold cheese on the top. Once you think it’s ready, he adds one final touch of pouring some extra-virgin olive oil on top.

So what’s the verdict? Would we at PMT agree that it’s “The Best Pizza In America?” Well, we will tell you this. It’s pretty damn good. Between the two of us, we ordered three pies, and once we brought them home to share, there were no leftovers. On top of that, it didn’t leave us with that over-stuffed, greasy feeling you sometimes get when eating pizza – usually they’re so drenched in oil that you can’t do more than one without feeling like you need to take a bath… and down some Pepto. But this pizza didn’t have that effect on us. It was delicious, it was crunchy, it was fantastic. 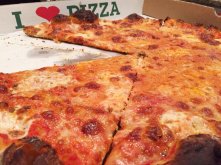 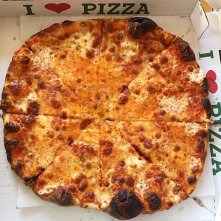 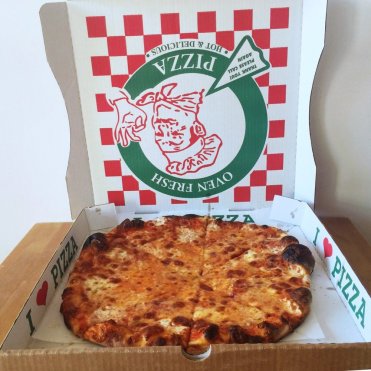 That being said, would we wait outside in the cold for two hours again just to be the first in line? No. Now that the weather is getting warmer, we would definitely be those people showing up at 5:15, going across the street to Murphs, and coming back when our pizza is ready at 9.