On August 25th, Norris and Debbie Jordan opened Lou Bird’s dinner service and then brunch. Named after their daughter’s nickname, the restaurant features ingredient driven new American cuisine, intending to be casual, but elevated and elegant, served in a friendly, social, comfortable and chic neighborhood setting. Located at 500 South 20th Street, across from Pub and Kitchen, Executive Chef Natalie Maronski (formerly Chef de Cuisine of The Olde Bar and Volver) teams up alongside General Manager Josh Jenkins (formerly of The Dandelion).

This isn’t their first restaurant either, The Jordans own The Happy Rooster, and actually live in the neighborhood with their daughter, nine-year-old Lexi. They have actually built Lou Bird’s with the neighborhood in mind.

“The food will be affordable and fantastic, with the menu presented as a bill of fare, offering 10 appetizers and an average of eight entrees, said Norris Jordan, owner. “I’ve given Natalie carte blanche to fulfill my wish for an approachable, interesting and every day restaurant. We love café dining and wish the city had more options for it, so we are creating a new one. We look at The Rooster as a great bar that happens to have fantastic food-Lou Bird’s will have great restaurant that happens to have a fantastic, 20th Street facing bar.” 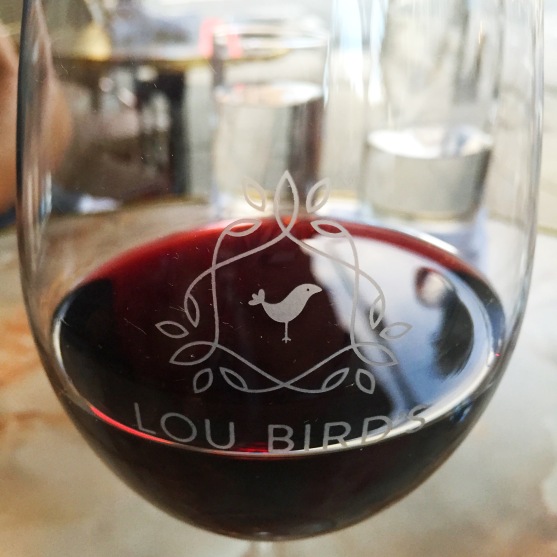 From the décor to the menu, Lou Bird’s was built as a place that the Jordan’s themselves would want to frequent with family. Every aspect of the décor has been custom-made, gutting the original layout of the former Meritage restaurant and starting from scratch with new finishes. The roof was removed, bathrooms moved, kitchen built entirely with new equipment, windows replaced and more. The drywall was removed to expose beautiful brick from the original building dating back to 1915.  The build out was done by John Bolla of Northern Liberties, using custom and painstakingly restored reclaimed wood and items from the Divine Lorraine Hotel.

There are 74 seats including bar seats, the dining room and outdoor seating. Lou Bird’s will offer a happy hour menu and dinner, and brunch seating for weekends. Lou Bird’s will be using Reserve for reservations. 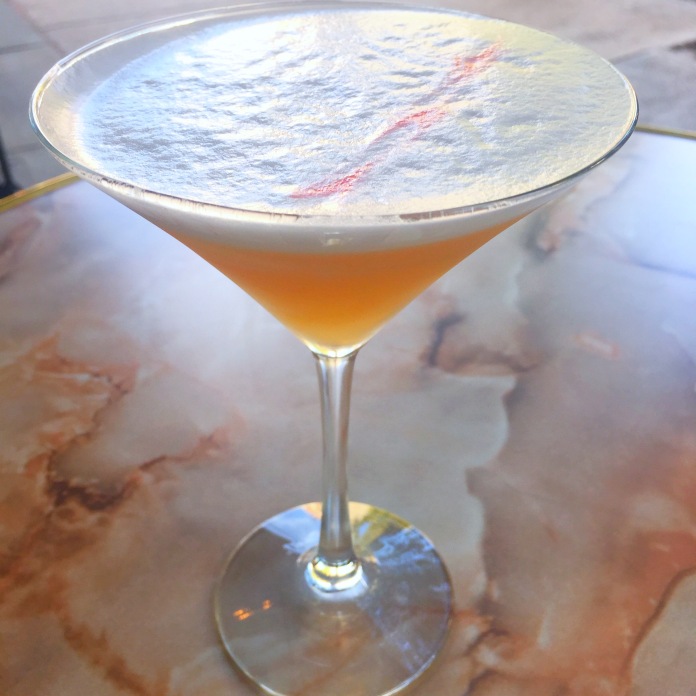 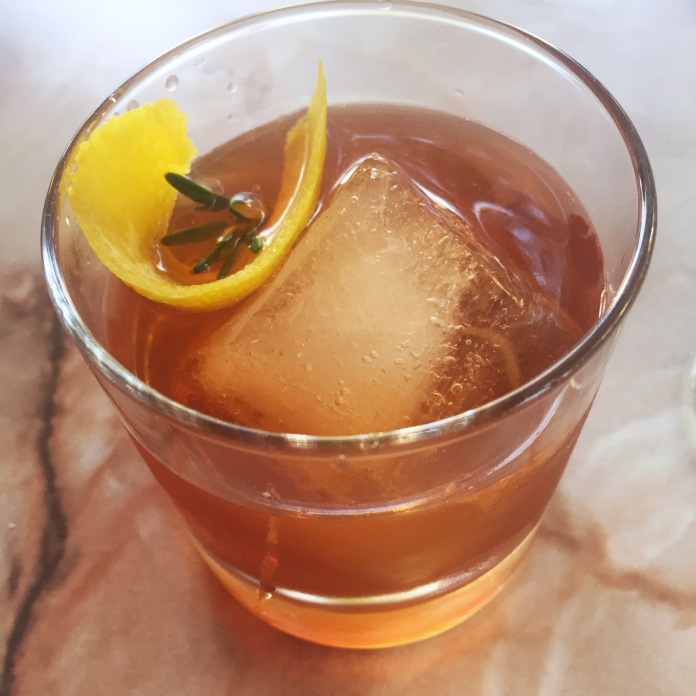 We started off with some cocktails from the menu. The Light and Breezy is just as its name suggests, made with gold rum, lemon, ginger syrup, and egg white. The Newfangled is a great take on an Old Fashioned made with bourbon, rosemary syrup, angostura, and orange. We perused the menu which is divided into 3 courses, while we were served two thick slices of homemade poppy seed and fennel bread, warmed with a side of cultured butter. 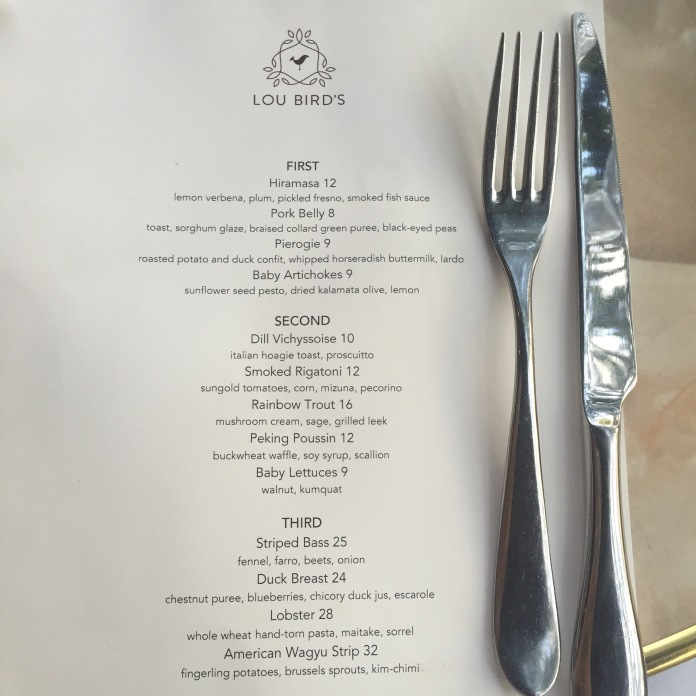 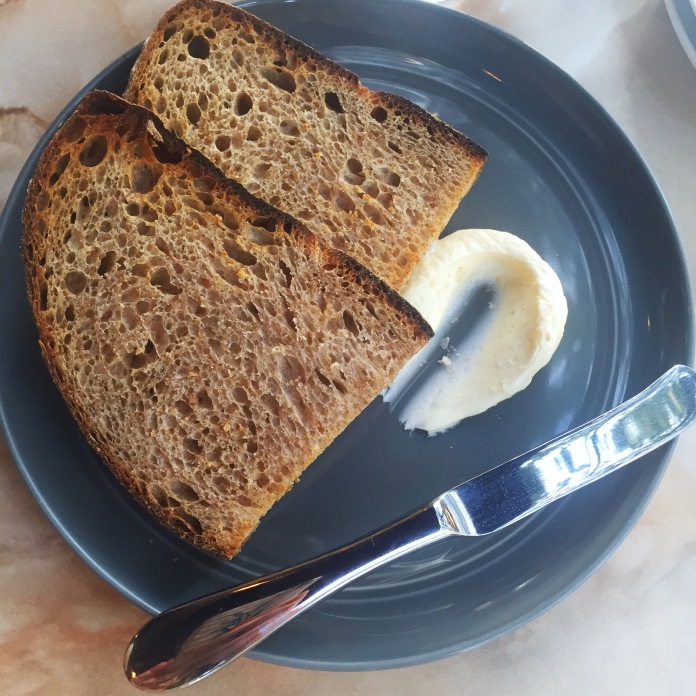 The Hiramasa is very popular made with lemon verbena, plum, pickled fresno, and smoked fish sauce or the Pork Belly with toast, sorghum glaze, braised collard green puree, and black eyed peas. We tried the Pierogie with roasted potato and duck confit, whipped horseradish buttermilk, and lardo, as well as the Baby Artichokes with sunflower seed pesto, dried kalamata olive, and lemon. The plating of the artichokes might have stole the show with their sunflower pesto flavor and beauty like a fine piece of art. 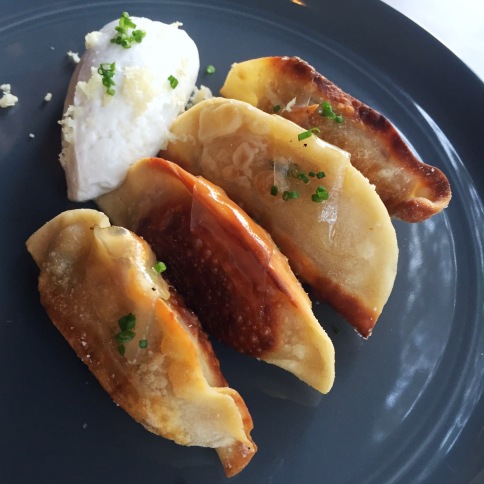 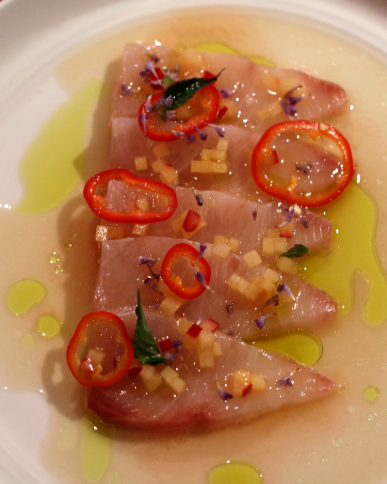 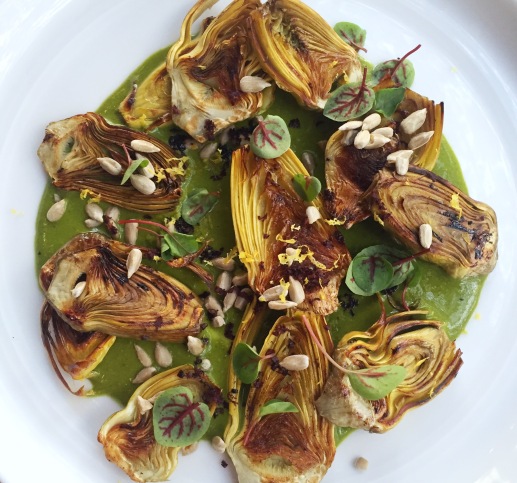 The Smoked Rigatoni with sungold tomatoes, corn, mizuna, and pecorino has been a favorite of diners since the opening and with all of summer’s best flavors presented in this dish we had to agree. We also had the Rainbow Trout with mushroom cream, sage, and grilled leek. Next time we’re back we must try the Dill Vichyssoise poured table-side with Burrata, toast, and prosciutto. 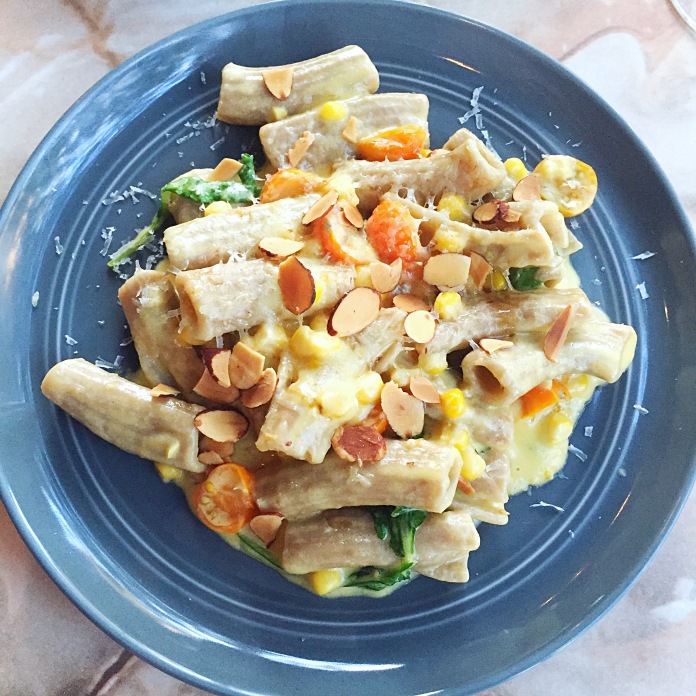 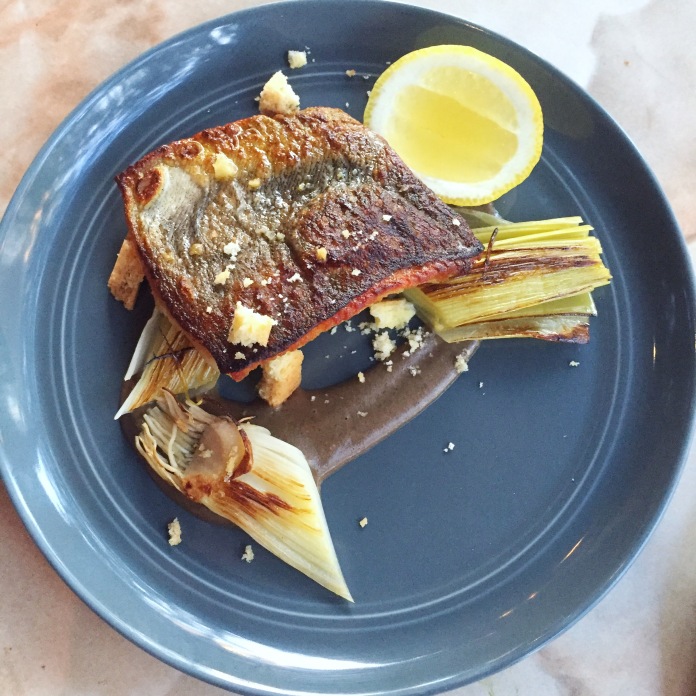 For the main course we ordered the Duck Breast with chestnut puree, blueberries, chicory duck jus, and escarole. The duck was sliced and perfectly cooked with hints of sweet maple from the chestnut puree accenting the savory meat. For us however, the Lobster MP might have been the winner of the evening made with whole wheat hand torn pasta, maitake, and sorrel, this creamy pasta was smooth and dreamy. 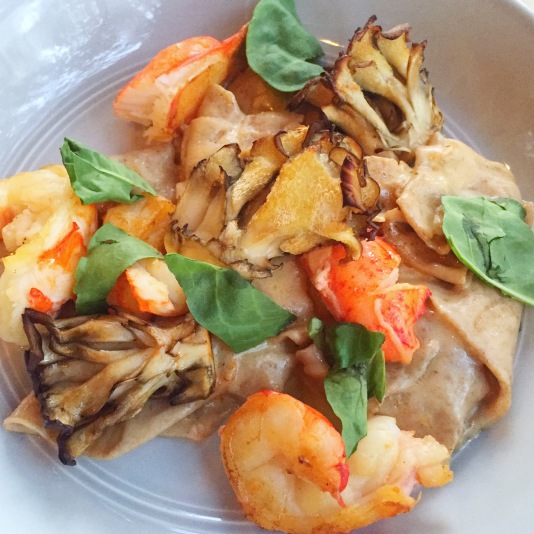 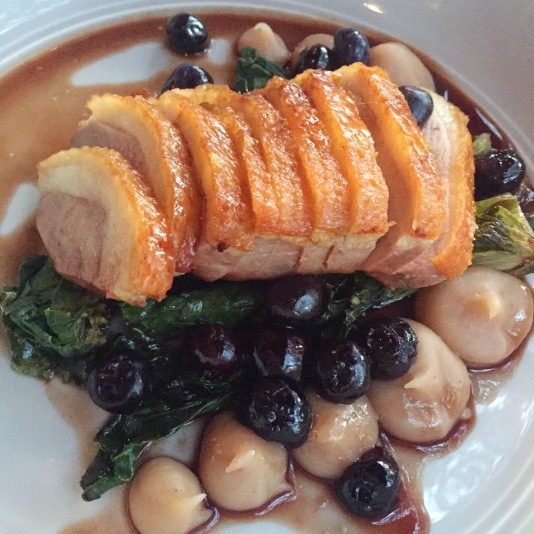 We’ve also been told the American Wagyu Strip is a winning choice with fingerling potatoes, brussels sprouts, and kim-chimi. As well as the beauty of the Striped Bass with fennel, farro, beets, onion.

We didn’t get a chance to try dessert, but will most certainly be making a trip back to Lou Bird’s especially considering what their brunch menu has in store. The Baby Artichokes and Dill Vichyssoise  are actually also offered for brunch. And with options like the Lou Burger, Toad in a Hole, and Lobster and Grits you’ve got to stop by and give Lou Bird’s a try.