Misconduct Tavern is all about putting a new spin on the classic American burger. Their menu features ten different hand-crafted hamburgers, a selection of sliders, and burger specials every Monday. In addition to their burger-centric menu, Misconduct also serves  salads, sandwiches, and other bar favorites. Wash it all down with a cold one as their beer program features 12 draft beers on tap showcasing seasonal and regional selections in addition to a 50-plus bottle list.

Misconduct Tavern has two locations, their flagship Rittenhouse location features exposed rustic brick walls and reclaimed wood ceiling beams that provide a warm and inviting atmosphere. A skylight commands the centerpiece in one of the rooms offset with a cozy fireplace. While in contrast, their Logan Square location boasts large walls of windows that make the space bright and airy. The ship’s wheel and large sails draping the ceiling of the bar are designed after the original owners’ yacht, Misconduct, and are the perfect whimsical nod to Misconduct Tavern’s nautical-origins.

Some of the newest burger creations on the menu include the Chicken Alfredo Burger with the fettuccine pasta mixed into a chicken patty topped with Alfredo sauce and fresh baby spinach, the Cod and Crab Burger is a blend of cod and soy bean formed into a patty and topped with crabmeat and lemon mayo, and the Nacho Burger is made with a blended beef and black bean patty, topped with salsa, nachos, and chipotle cheese sauce. 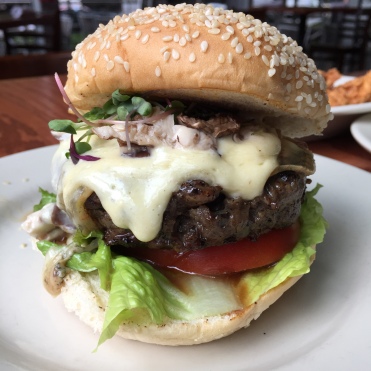 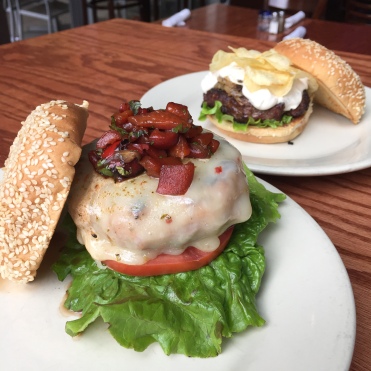 Our favorite would probably be the Mushroom Burger with a beef and mushroom blended patty topped with swiss cheese and pickled mushrooms. This burger was a contender in the James Beard Foundation’s blended burger contest. They’re also serving up a Turkey Burger with fresh ground turkey patty topped with pepper jack cheese and a dollop of guacamole. All these burgers come with a brand new selection of sides including your choice of french fries, sweet potato fries, green salad, Caesar salad, macaroni salad, potato salad, classic cole slaw or grilled slaw. 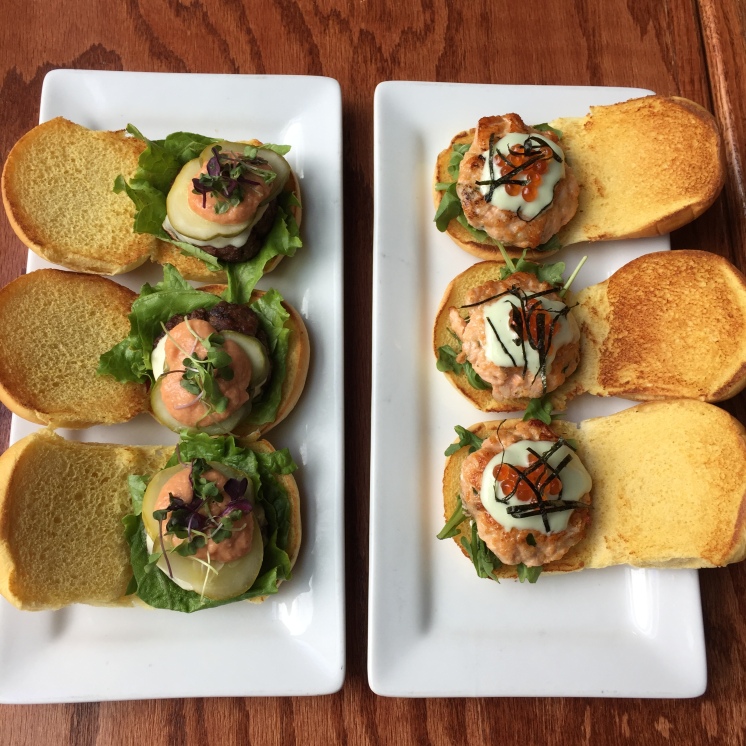 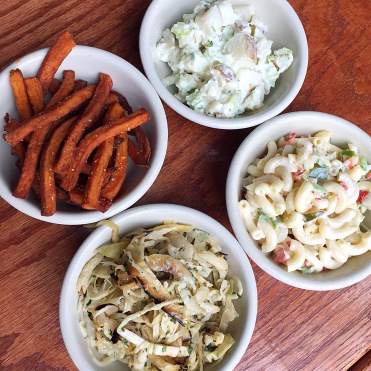 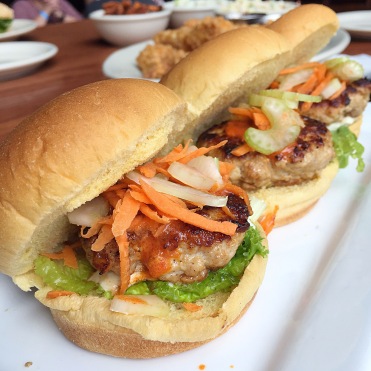 When you don’t have such a monstrous appetite you can get your burger cravings fulfilled with a variety of sliders. Misconduct offers Salmon Burger Sliders with arugula, salmon caviar, and wasabi mayo, traditional Beef Burger Sliders with 1000 Island Dressing, American cheese, and pickles, plus new Buffalo Chicken Sliders topped with blue cheese sauce, shredded carrots and celery! 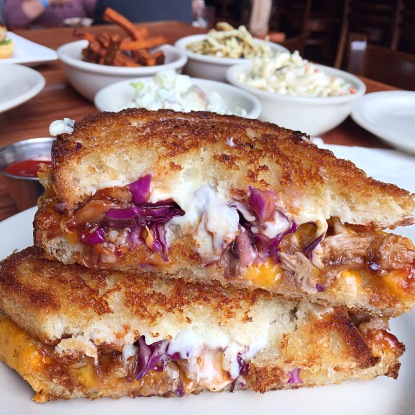 Some of the new sandwiches on the menu include the Grilled Cheese and Pulled Pork Sandwich which is very cheesy with both cheddar cheese and American cheese melted around house-smoked pork shoulder with BBQ sauce and red cabbage between two pieces of grilled bread. The Eggplant Parm Sandwich is also a favorite for vegetarians made with fresh tomato sauce and mozzarella on a seeded long roll. We’d also highly recommend Mac N’ Cheese or Chicken Tenders for the little ones… and adults too.

A welcoming place, Misconduct Tavern is an oasis for all sports fans — weekend warrior, fair-weathered bystander, or die hard fan. Looking to watch the Eagles, Phillies or Flyers games? The games are always on. You’ll also find every other NFL, MLB, NBA and NHL game on when dining at here. With over a dozen HD flat screen televisions strategically placed throughout each location, patrons are ensured a ‘front row’ seat for every game. As the region’s official pub partner of the Premier League Arsenal Football Club, Misconduct is also home to expats, fans, and visitors alike. No matter the sport, Misconduct always has the game on. It’s pitch perfect for celebrating another victory.