Down in Old City, on the corner of 2nd and Market, sits a quaint ice cream shop that will transport you to a much simpler time. Customers frequent The Franklin Fountain for a taste of their homemade ice cream, sundaes, shakes, and old-fashioned sodas. Lines during the summer are out the door, around the corner, and up the block – but trust us when we say that the ice cream experience at Franklin Fountain is worth the wait.

The frenzy and love that surrounds The Franklin Fountain is due to the fact that it’s so much more than just ice cream – it’s an experience that transports you back in time. The Berley brothers, Eric and Ryan, bought an abandoned turn-of-the-century building in 2002, and were inspired to turn the space into an authentic ice cream parlor and soda fountain. 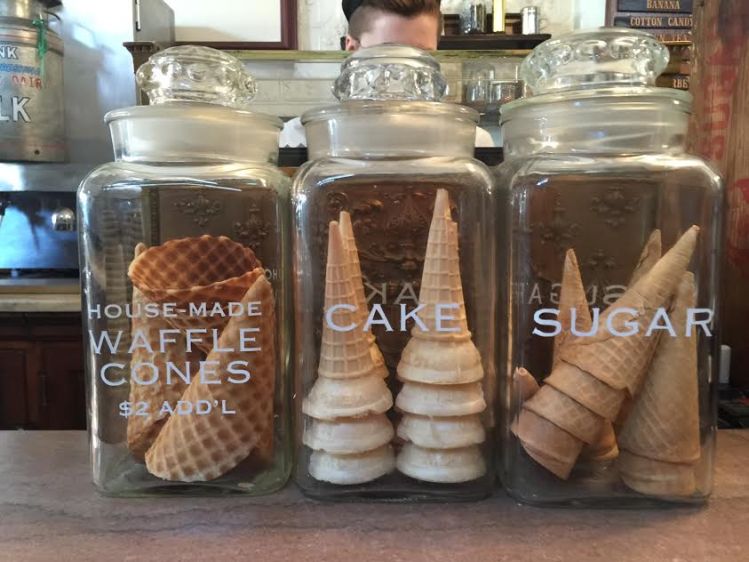 Antiquing runs in the family. Eric and Ryan grew up with a mother who had an intense love for finding antiques, and the passion was passed down. Everything in the shop (and Shane Confectionery down the block) is a true representation of how things were at the turn-of-the-century – the cabinets, the floor, even the ceiling tiles are authentic. (The brothers have such an intense passion for collecting antiques, they currently have multiple storage facilities filled with treasures waiting to find their new home.)

In 2003, Eric and Ryan began their business plan for their new ice cream shop. After traveling around the country, learning about ice cream and soda shops, Franklin Fountain opened its doors on September 21, 2004. 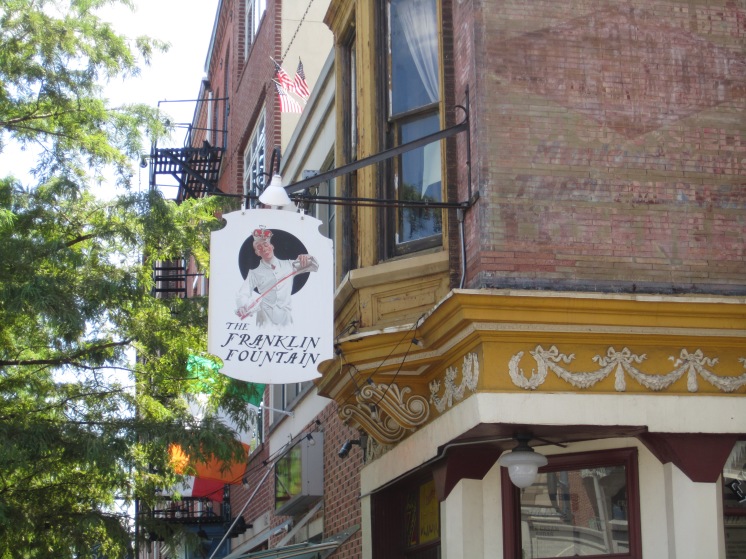 The store brings patrons memories of the earlier days, when a trip to the ice cream shop brought families together. From the passionate costumed employees, to the paper straws and cardboard cartons*, The Franklin Fountain is one of the most true displays of an old-timely ice cream shop.

*Did you know – the takeout cartons Franklin Fountain uses are not Chinese Takeout Boxes? In fact, the cardboard pails were created for ice cream and oysters, back in the 1890’s! 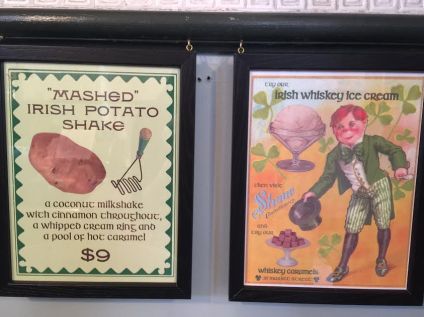 Above the shop are two floors where workers hand-make caramel, toffee, candies, and chocolates, using antique machinery and molds. 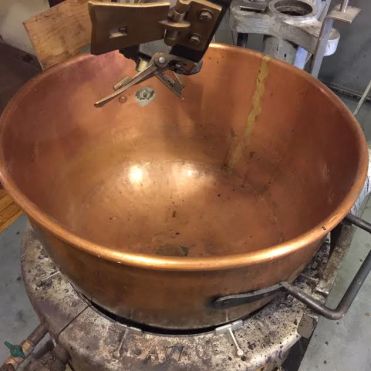 Along with dozens of unique flavors made with quality ingredients, The Franklin Fountain also offers sorbets and vegan ice creams. There are dozens of flavor and toppings combinations offered in addition to the specialty menu featuring favorites such as: 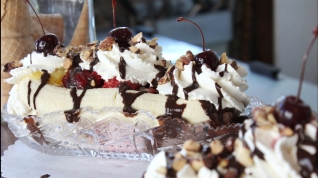 Time and passion are put into creating the seasonal flavors, sundaes, and shakes. Keep an eye out for seasonal flavors like Peppermint Stick, Pumpkin, Coconut, and Lavender. Also be sure to check in the first Friday of each month for a seasonal special debut for the month – March 2016 is featuring an Irish Potato Shake complete with coconut ice and Irish Whiskey ice cream with caramel made from Stout beer from nearby 2nd Story Brewing!

The Franklin Fountain is so much more than just an ice cream shop and we look forward to their future expansions – The Berley brothers have bought the building next door, and plan to turn it into the “Franklin Ice Cream Bar”, serving packaged goods and ice cream scoops. They plan to create the feel of a 1930’s Art Deco Dairy Bar.

Spruce Street Harbor Park in Summer 2016 will be home to “The Sugar Shack” – a new concept from The Franklin Fountain featuring Polynesian shaved ices and fresh-pressed cane juice right off the Delaware River.

Summerfest at Penn’s Landing for Summer 2016 will host “The Franklin Cabin” with ice cream and milkshakes for patrons. Keep an eye out for ice cream sticks shaped like golf balls, to keep with the new mini golf coming to Penn’s Landing!

We’d like to thank Eric Berley, James, and Daphne for taking the time to walk us through Franklin Fountain and Shane Confectionery, sitting down to talk with us, and teaching us all about your ice creams and candies.