Beer Mansion seeks to educate both beer experts and novices alike with a free-spirited adventure and party at The Woodlands, a post-revolutionary mansion in West Philadelphia that traces its roots back to 1770, when it served as the home of William Hamilton. The sprawling estate sits on 54 lush acres, featuring 720 trees and 10,000 species of plants, with a gated cemetery where famous Philadelphians such as Thomas Eakins and Rembrandt Peale are buried.

Built in 1840, the cemetery will serve as the entrance for Beer Mansion and guests will be allowed to meander through a field of sculpted tombstones on their way to Hamilton’s neo-classical mansion. Maps highlighting some of the cemetery’s most famous residents will be available, upon request.

Part of their 8 city world tour, Beer Mansion stops in Philadelphia at The Woodlands Mansion & Cemetery with a two-day event featuring room after room of themed beer-tasting experiences, home-grown Philadelphia breweries, local restaurants, Brooklyn Brewery beer and more. Guests can also look forward to live music by local artists, and a whole bunch of art+tech+games+can’t-tell-you-yet surprises throughout each night.

By purchasing a ticket, partygoers get access to unlimited beer tastings while exploring Beer Mansion’s five themed tasting rooms, each complete with quirky decor and beers from Brooklyn Brewery, along with four Philadelphia breweries and one local cidery. Rooms and themes will include: 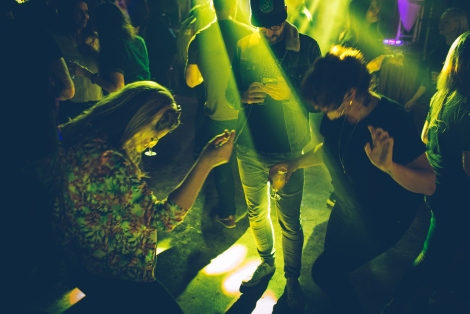 In addition to limited and rare Brooklyn beers, Beer Mansion will showcase local breweries, including: Saint Benjamin, Evil Genius, Free Will, Levante and Kurant Cider. Food vendors, curated by Eater, will include Bar Amis, Local 215 and Revolution Taco, while entertainment will feature The Orange Drop and Marge on Friday, August 11th and Grubby Little Hands and Mumblr on Saturday, August 12th.

Guests can also expect a Garden of Eatin’ Tortilla Chip Wall, a McClure’s Bloody Mary Bar; Beef Jerky from Lawless Jerky; Fine Cheeses from Di Bruno Bros.; and a mind-boggling maze of tech-focused games, thanks to an innovative partnership with the New York University Game Center, complete with AR headsets and other unexpected surprises.